The ‘education explosion’ of afro hair is getting to its peak! The theories against using water on our hair, have been proven wrong! Which led us to create a “water based” product that can be spritzed on the hair. Herbal H2O is a combination of an organic hydrolat and a herbal oil. Hydrolats are the steam that is collected during the production of essential oils. So they contain the properties of whatever has been used to produce them and in this case Rosemary. Herbs are for the healing of the nation. And so we chose Sage which is excellent as a topical treatment for thinning hair and Rosemary which conditions, darkens grays and stimulates growth among other things.
Ideal for spritzing hair before loosening braids & for keeping locs moist.
Keeping afro hair moist is one of the discoveries since the 80’s and the use of the moisturising curl activators. (Most people used them and some carried them on into the 90’s lol) But although curl activators were commonly used, people during that decade still chose to run away from regular washing and using water as a complimentary moisturiser. But as water evaporates the hair is left dry. So after spritzing the hair this moisture can be locked in by applying an oil based product or a moisturising butter base. The result soft and manageable hair! 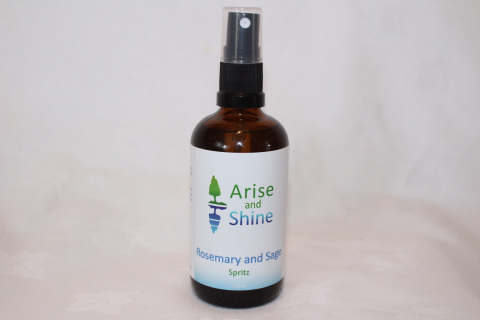 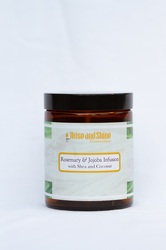 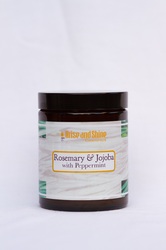